Robert Remiesiewicz is pursuing a career in business as an analyst with a focus on the supply chain, healthcare, aerospace, and defense industries. 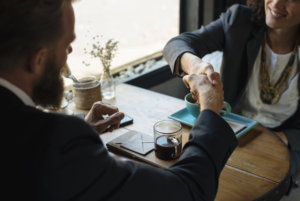 Over the course of his education and training, Robert Remiesiewicz has maintained an extensive list of honors and accomplishments. He attended Foxborough High School in Massachusetts and later graduated from Ridgewood High School in Port Richey, Florida. Before heading off to college, he completed training to earn Lean Six Sigma Green Belt certification in December of 2012. In 2013, he earned his Bachelor of Science degree in Business Administration and began his professional career in the same year.

Robert Remiesiewicz has worked with Plansee, USA in Franklin, Massachusetts for over three years, taking on a diverse range of roles and responsibilities.

Upon earning his Bachelor’s degree, Robert Remiesiewicz began working at Plansee, USA in 2013 as a Material Handler. Under this role, he initiated prioritizing material requests while identifying and implementing more efficient methods of performance for annual inventories and cycle counts through SAP transactions.

In 2014, he took on the role of Production Planner and Scheduler, improving capacity planning through effective SAP layouts. While scheduling 60-80% of company production orders, he also confirmed delivery dates and maintained or exceeded the KPI of 90% on time delivery.

Furthering his career endeavors, Robert Remiesiewicz is attending Northeastern University D’Amore-McKim School of Business and working towards completing his Masters in Business Administration.