Robert Remiesiewicz lives in Boston, Massachusetts where he has established a balanced lifestyle as a student, business professional, and cross country traveler. 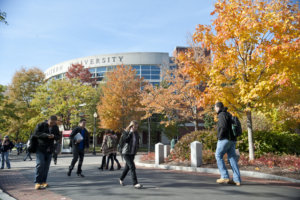 Currently, Robert Remiesiewicz is a student at Northeastern University working towards his Masters degree in Business Administration. Enrolled in the D’Amore-McKim School of Business, he has found great opportunities to expand his knowledge and connections with peers and the world around him.

In addition to his educational studies, he has also completed Lean Six Sigma Green Belt certification.

Before pursuing his Masters degree, Robert completed his undergraduate studies earning a Bachelor of Science degree in Business with a focus on Human Resources. He has also led a successful professional career working with Plansee, USA for over three years in a variety of different management and advising roles. His most recent title is Business Process Analyst where he is responsible for reviewing and analyzing concerns and priorities throughout the business and customer experience and developing solutions and improvements to processes.

Upon completion of his Masters degree, Robert Remiesiewicz plans to continue to grow his career in business with a focus on the healthcare, aerospace, defense, and supply chain industries.

Outside of his professional career Robert Remiesiewicz enjoys a number of personal hobbies and interests that include sports, music, and travel. Growing up in New England, he is an avid fan of the New England Patriots and other Boston sports teams.

Some of his favorite music artists include:

Cross country travel is one of his all time favorite activities. Whenever he finds an opportunity to take some time off, he sets out on a new adventure, slowly discovering new places and historical landmarks throughout the United States. So far, some of his favorite trips and destinations have included:

Throughout his travels Robert Remiesiewicz has gained a new appreciation for the environment and the world around him and has built upon new perspectives that have helped him grow both in his personal life and professional career.